[Improved "Ctrl+T" Connects to your server.]

Just thought i'd share my setup for fast map testing and some other tweaks.
(we're gonna work with standard ddnet files, i'd recommend backing up your files)

What this tutorial will do:
-It will make it so when you save your map in the editor, you can just ctrl+shift+e back to the game,
call vote to reload map and changes to the map will apply
-The server will run in the background process (no more annoying alt-tabs)
-The server will close after you close the ddnet client
-It will add 2 shortcuts:
(useful if you have dynamic ip like me)
"Ctrl+T" Connects to your server
"Ctrl+G" Copies ip:port to clipboard
First, lets set up some stuff in autoexec_server.cfgShow
1.In your ddnet folder, open up autoexec_server.cfg (in notepad o.o) 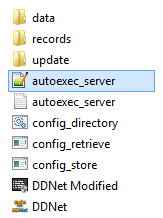 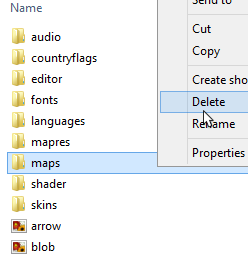 2.Go to your %appdata% > teeworlds folder and send the maps folder to desktop as a shortcut.

3.Rename it from 'maps - Shortcut' to 'maps' and put that bad boi into the data folder.

Lastly, we need some stuff to do the work for usShow
Its 2 ahk scripts that will do a bunch of stuff for us.
So instead of launching the game thru the standard DDNet.exe, we will be doing it with DDNet Modified.exe
(If you're worried that ill hack your doggo pictures you can google 'how to convert .exe back to .ahk' and see the code in notepad)

1. Download
DDNet Modified
and
Server Shortcuts
Put both files into your game folder.

3.Create a .txt file named 'Port' in your game folder like so

Open it up with notepad and put your server port in there like this:

Note: Make sure that you have a map named 'LiveTest' in the data>maps folder.

We're done.
1.Start up the game thru DDNet Modified.exe
2.Join your server by pressing Ctrl+T
3.Edit some stuff in your map, save it as LiveTest
4.Vote to reload
5.Profit

Nice. I guess this is the AHK program?

not so easy for me.

Nice tutorial, well laid out, easy to follow. i assume the above code(Deens post) is the AutoHotKey 'code', which is good as you rely on an external host, bad practice for tutorials which are meant to be around for a while. i wish DDnet would include some way of making LAN servers to test & play Maps, not so unlike others have.

EDIT: thanks, it worked, also this useful https://autohotkey.com/boards/viewtopic.php?f=6&t=59015
Picture of codeShow

sharing sources is the way to go man, we want people to take idea's & make them better. as long as people can easy get them with this Resource Hacker the same results are achieved. also messy is how you make it look, not the information presented, see my tutorial viewtopic.php?f=16&t=5819 & search for "old version", although your's is better looking then mine, so who i'm i to judge. sorry if i sound like an ignorant fool, we all have to start some where.
peace!
Last edited by GG Kid on Mon Apr 29, 2019 8:07 am, edited 2 times in total.
Top

Ravie wrote: ↑
Tue Nov 13, 2018 1:40 am
When you "Load current map" and then save while logged into rcon the server automatically reloads itself tho (at least for me it does)

Not sure what you're talking about p.p and besides, i'd rather have a vote to do that for me instead of everytime i save the map in the editor it reloads the server.

Nice tutorial, well laid out, easy to follow. i assume the above code(Deens post) is the AutoHotKey 'code', which is good as you rely on an external host, bad practice for tutorials which are meant to be around for a while. i wish DDnet would include some way of making LAN servers to test & play Maps, not so unlike others have.

I think Exe2Ahk is outdated. You can try using this.
I would post every script in here but that would just make this topic messy.
Top

Ctrl+T should always work now.
If you notice that the game doesn't register some key strokes please tell me.
SpoilerShow
Bumping this just so people that use it (although i know there aren't many of them) will get the updated files.
Top
Post Reply
7 posts • Page 1 of 1