Note: if you find any "not roundet corners" pls telle me where, since the map is not thats small its otherwise hard to find. thx <3

Map seems pretty cool, can only speak for part of it as it got way too hard for me to test.
I feel it could really use a logo as the start felt weirdly empty XD.

Didn't see any graphic errors in the start of the map.
Top

Thanks for your feedback

pic1 you have jetpack there i dont think its so much harder but i will think about it.

pic2 i donk know how you got to the edge but its fine to get a better time right?
i didnt "faild" any of my at least 50 trys to do the part like i had in mind but also i might have an idea^^

i will work on it hopefully tomorrow

Good luck with it though really do enjoy a few of those parts.
Top

Finally i had time to work on Soapy´s suggestions

1: Removed Tele to make it a little easyer

2: Closed the gap a little to make the part more comftable to play

4: removed freeze for the last few blocks and added tele for a little less "failyness"

snail wrote:the map doesnt play smooth and the structure feels rly repetitive imo. also the parts arent very balanced. its always a small "part" to get a weapon/special tile, then a few stuff that barely justify the use of that tile/weapon into some boring gores/superjump-jetpack stuff.

some parts are way too long: 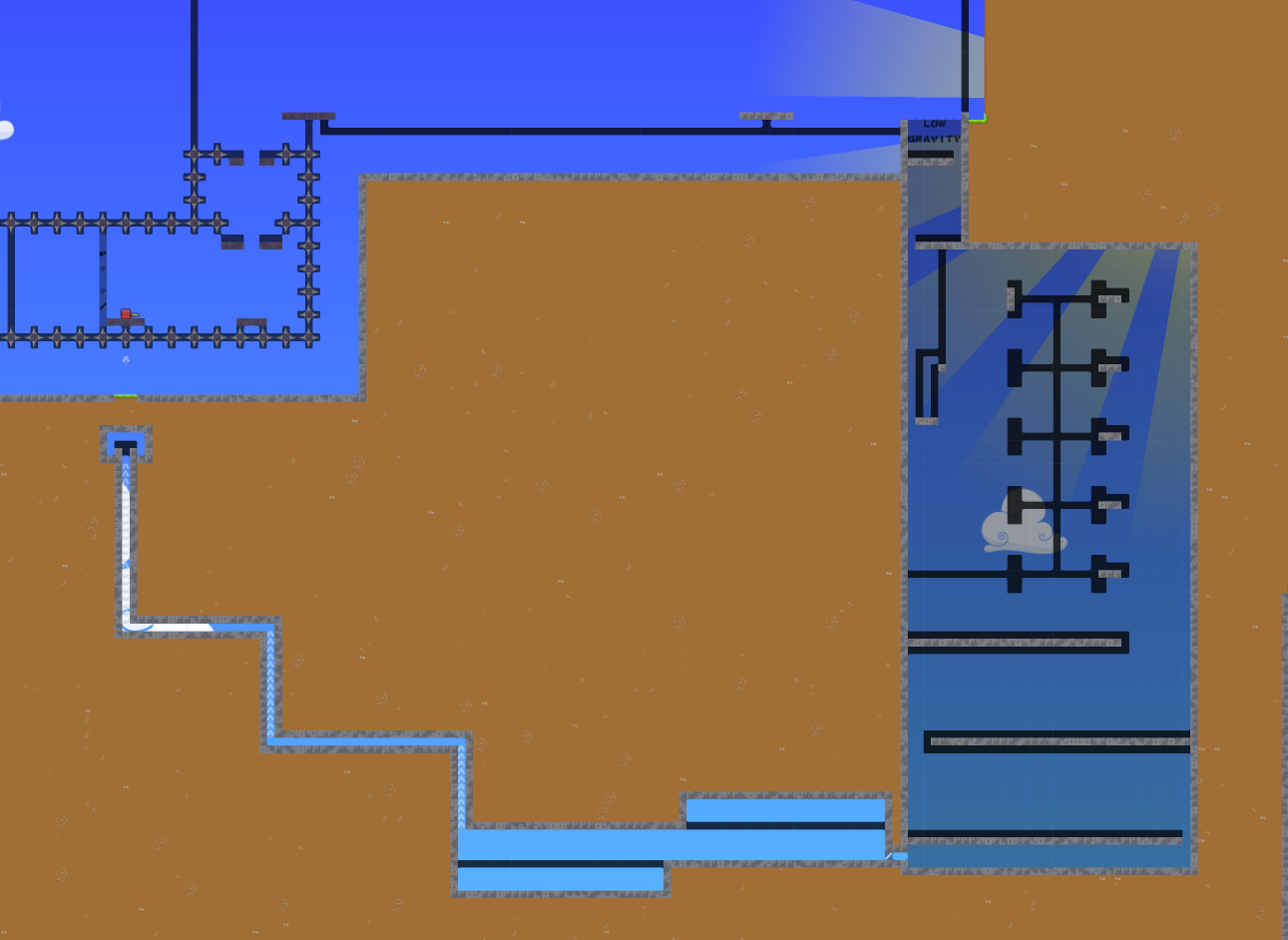 and some stuff is reaaally boring, like that jetpack part where u have to do it twice just to get a dj.. 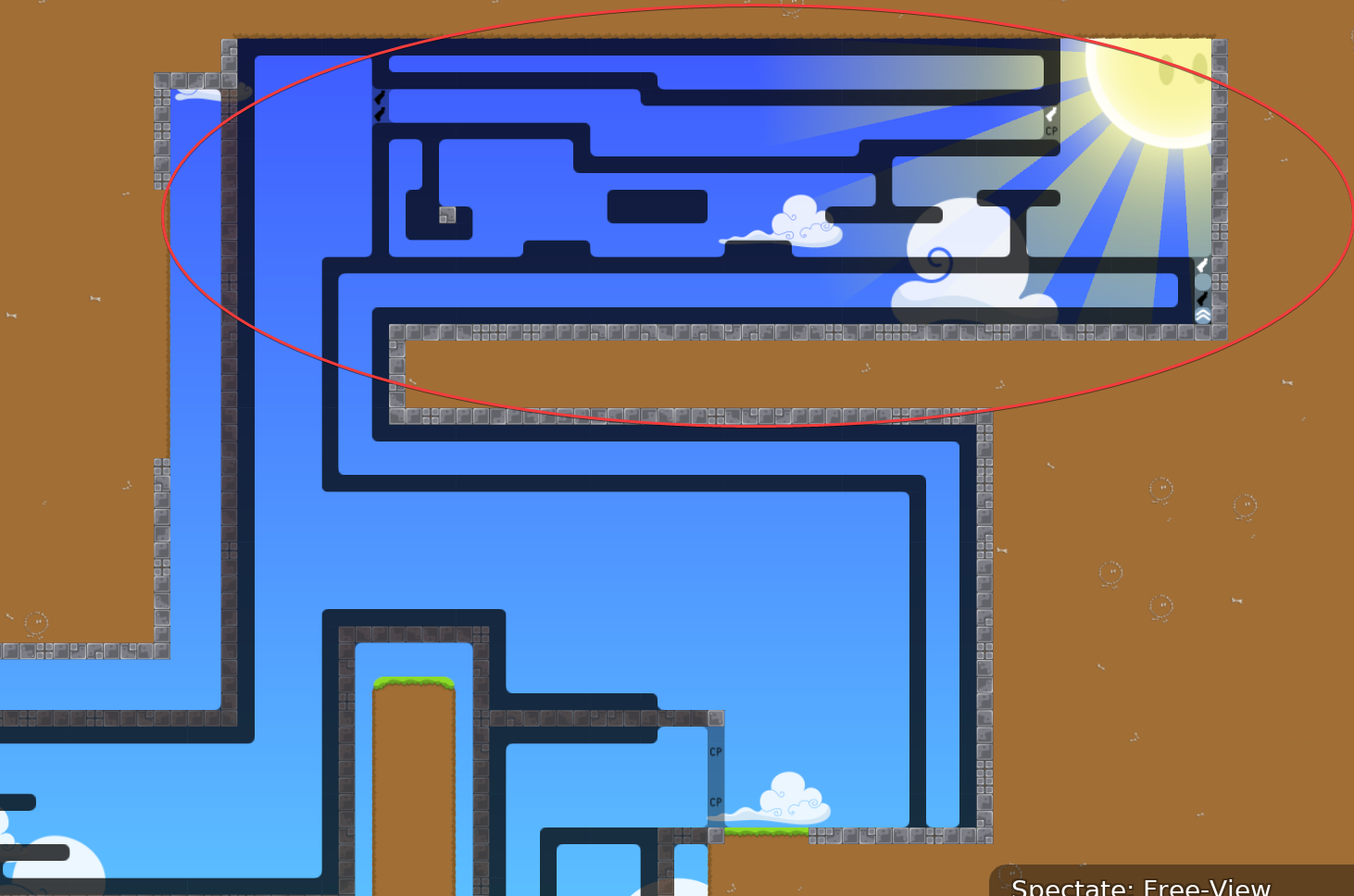 Syltoox wrote:whole map doesnt play well.. there is no way instruction and many parts just feel very annoying. most parts are hard and then there are many easy things. for example: cp3 cp5,cp6, cp11, cp7 and many more. also i dont like the punish with kill if u are very far at the map. u could add more checkpoints at some parts(for example cp 12, because it felt very annoying to start so far away). some parts are very boring(Cp16,cp15, cp14 and more). first time i tried cp18, i got punished with kill at end when i was freezed. the jetpack tunezone part at end (Cp39,cp41,cp42 ) felt so annoying and i couldnt do it. tbh i think u have to make a new map and a rework wouldnt help.

thx for telling the truth
Top

Well, I really enjoyed the map, simple design, so i could play without entities (even though i have to use them on almost every map because of too much design).
Parts were fun imo. Yeah, some parts are easier, some are harder, but why should every part be difficult? It's a map where all parts are kinda connected and not simple part for part... Personally I don't like those death parts in such a long map, would like it more without them.
Some skips were found by me, if jao removes the declined, i can tell you, but if the map is declined, it doesn't matter anyways.
In jao's rating I would say: (Brackets are personal oppinions, they are not included in the rating)

Balance: 4/10 (but like I said, i had no problem with easier parts on the way)
Flow 6/10 (idk, I liked it more)
Creativity: 6/10 (really creative parts, some just normal, I don't care that much about it, because sometimes you just want those classic parts after so creative ones)
Playability: I don't know what is meant by that, it was totally playable for me.
Fun: 4/5 Had a great time
Design: 1/3 simple design, liked the way the "jetpack off" was signed.
Together 21/38 (because i didnt't include playability.

Idk why it was declined. Looking forward to see new maps from you.